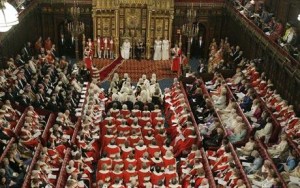 Great Britain, what a nation?

We like it here especially when Mr Gordon Brown is blowing up our money, telling us every day that we will be fine, as the situation we are in is really a global crisis mainly created by the Americans. We can believe in the story of Ali Baba Mr Brown, we all be rich one day, nothing to worry about, carry on stealing the tax payer money, brick brack and let’s us work all our lives all should be fine!

In the meantime we just need to stay cool while Lords are doing their businesses in our supposed to be respected House. Nobody can see that they are bunch of escroc’s, out of date minded people and laws manipulators. They decide on laws that don’t work, but who cares, as long they have their holidays in Kenya, Corfu trying to get the Obama Tan, nobody cares. What a shame to have theses individuals in our society. No need to talk to them about values and morals, neither about the social responsibilities they should know consciously, we are a compassionate nation, we forgive winners that beat people in Pubs after they are excessively drunk, yes Vive Mr Gerard, perhaps they will create a new law to protect the Liverpool Genius to escape jail, a great Role Model for our kids, we don’t care about Andy Murray really he is a half way trough guy, he makes us dream and take every thing away, We like semi- winner as they will do well sometimes soon, who knows maybe an MBE is on the way!

The Tories lack of direction is spectacular; no need to let them watch Top Gear or run a single marathon, as they will never see the Top, David Cameron is just a wannabe Obama who spends his time repeating Obama’s words of Change with out really knowing what the guy mean. Maybe I need to run for office before David Millband changes his mind to become Prime Minister.

Now that America has got a Tanned President, L’Oreal Paris will not need to make a single redundancy. Come June- July, we will start perhaps to hear Gordon Brown changes his speech about the Economy.