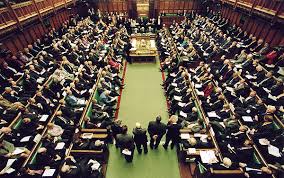 The shamble on the MP’s expenses is no where going to end this month or next. The sort of expenses claimed by the UK MP is just unreal. I mean Unbelievable!!

Claiming for a TV plasma, Tennis court, fictive mortgages, and Christmas party special hair cut is awful, irrelevant to their jobs as a civil servant, and unfair to the UK tax payers. Who the hell they think they are? Millions of people are living in poverty in this country and beyond and it angers me to feel cheated, but who will blame them?
They are all guilty for not challenging a system that allows them to claims excessively these expenses, the same system that have failed the UK children and families. Surely, before submitting a claim you should look and think morally if this is correct or worth claiming. What makes people furious is how can anyone elected by the nation seeing as a moral and ethical, a trusted person, do such a low act. It makes people furious, this is so appalling. We all know how crucial is it for an organisation to advise their employees on what they can claim or not claim. Extravagant claims surely should have been stopped or verified by someone before approving it. The UK parliament you would think has a financial software system that can monitor all this but talking to my MP friend from Oxford yesterday, he confirmed that I would be surprised to hear that there is no solid financial system to monitor the claims. All is done manually and human error, mistake is not challenged. The conservative party recently rolled on a new system to monitor the claims. The David Cameron team, desperate to be in government believe it or not are the first to prove they get to correct things when challenged. How can they be Role Models to our young to be politicians if they cannot identify, make a judgement on what is right and wrong from the start and how can we count on them if they don’t do things right. One will argue that the Expenses do not contrast what they bring on the table, but would you trust someone that is very poor in judgment. Where is the Integrity, where is the Credibility? Where is the accountability? How did they get theses expenses sign off at the first place? I guess that’s a mystery!